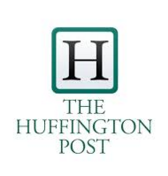 There’s good news and bad news. First the bad news. The problem of workplace bullying in the world is epidemic and possibly costing your company a lot of money. The good news is that a conversation has begun and the silence is breaking ever so slowly. The trauma from bullying is lasting for years and taking a big human toll. The time is now to break the cycle.

In my training with groups of Executive and Personal Assistants, I ask two questions;
1. How many of you feel managed? (Result: Very few hands raise.)

2. How many of you have experienced or witnessed workplace bullying? (Result: Typically 75-90% raise their hands.)

These two questions and their answers are connected.

Assistants report that CEO’s, leaders and managers are “clueless” and “oblivious” to what is happening in the company, specifically about workplace bullying. Many are actively looking for their next job because they are feeling disrespected, unappreciated, and in the most extreme cases (but very common) bullied by their manager or co-worker(s).

Here are some of the main ideas that staffers are thinking, saying, and acting upon.

Human Resources departments are not for them. They feel that HR is not in support of the employee neither in the form of professional development training nor advocacy. Frankly, staffers report avoiding HR and taking their problems elsewhere or worse, suffer in silence and solitude while they work to just get through the day. Further, staffers say that leaders look the other way to problems, offer lip service and offer no solutions. And the managers themselves may be the bullies. The most surprising thing to me is that it is possible that you as CEO don’t know the full breadth and scope of the issues in your own company. Of course, that would explain the popularity of the CBS Show “Undercover Boss.” The thing that staffers want is for the boss to know what’s really going on and when he/she does, that there will be increased respect and acknowledgement.

I ask my students two more questions.
1. How can a leader solve a problem if she/he doesn’t know it exists?

2. If you are being paid a salary, isn’t it an obligation and a responsibility of the job to speak to the problems you see?

My belief is that you, as CEO, want to know what is happening and that you deserve to know. And that once you know, that you will care to take action. Currently in the United States there are zero laws against workplace bullying so it is up to individual companies to make policies that help to build a company culture of respect.

I see and hear the disconnect between assistants and leaders. Fear is rampant among both groups. My mantra has become “Speak Truth to Power” because the trauma of workplace bullying is leaving a wake of damaged people and poisoned companies.

To empower your staff by putting policies in place to end workplace bullying will improve your company on every level, including profits. Don’t waste one more minute.

NY Times “Help isn’t what it used to be”

Executive assistants are powers behind the throne
Join Bonnie's Community