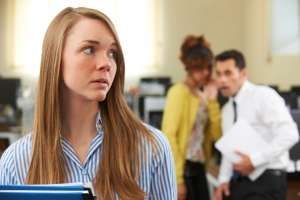 By Arielle Eisenberg and Craig B. Simonsen for Seyfarth Shaw LLP|December 10th, 2015

What happens when an employee reports a bullying incident on the plant floor or in the office, or for that matter, while at the company’s holiday party? Is that something that corporate management need to be concerned about?

As of today, a private cause of action for workplace bullying does not exist; unless, of course, that bullying is in reference to a protected class under Title VII of the Civil Rights Act. We have seen cases like this. For instance, last year there was a significant settlement where an employee was the subject of verbal abuse, taunting gestures of a sexual nature, and another employee exposing himself. In this case the “supervisor admitted at the trial that he harassed (the employee) because he thought (he) was feminine and did not conform to the supervisor’s gender stereotypes of “rough iron workers.” EEOC Press Release, “Boh Bros. Construction Co. to Pay $125,000 for Same-Sex Harassment in EEOC Lawsuit,” February 27, 2014.

A workplace bullying claim, to be valid under current federal law, must be couched as either discrimination or hostile work environment. Although simple run of the mill bullying on its own is not actionable, employers have a number of incentives to prevent workplace bullying such as minimizing turnover rate and increasing productivity. However, fear of a lawsuit is not one of those things . . . yet.

The Healthy Workplace Campaign (HWC) has been pushing for strong legislation prohibiting, and creating a private cause of action for, bullying in the workplace. Law Professor David Yamada at Suffolk University created the Healthy Workplace Bill for the HWC. The HWC defines bullying as:

The goal of HWC is to create legal protection for employees who are abused at work on a basis other than a protected class. According to the HWC, about 100 different versions of the Health Workplace Bill have been sponsored by members of state legislatures and introduced to state houses and senates. In most states these laws are still in the process of being pushed through state legislatures. Despite this, anti-bullying in the workplace laws have gained quite a bit of traction.

In fact at least three states have laws specifically on bullying in the workplace. Utah, Tennessee, and California have all passed laws regulating workplace bullying. Currently, Utah and Tennessee laws both focus on public employers. The California law applies to all employers who have more than 50 employees. As of now, none of these three states have created a private right of action. Rather, the laws define the term “bullying” and create a requirement for training and rule making.

Specifically, California defines “abusive conduct” as “…conduct of an employer or employee in the workplace with malice that a reasonable person would find hostile, offensive, and unrelated to an employer’s legitimate business interest.”

Seyfarth Shaw’s training division, Seyfarth Shaw At Work, has created a training for its California clients to comply with California’s new requirement that employers of more than 50 employees include “abusive conduct” in its sexual harassment training. Employers should think about implementing anti-bullying policy and training if you have not done so already.

1. Interactive Training Sessions
When discussing bullying with your employees, it is often helpful to hold an interactive training session that requires the employees to participate in understanding the anti-bullying policies. Simply sending out an e-mail or reviewing a PowerPoint presentation may not get the message across effectively. It may be helpful to create sample situations and ask the employees to discuss how to handle those situations.

2.  Enforce The Policy
Have a game plan for enforcing an anti-bullying policy, including how to deal with complaints of bullying. While run of the mill complaints of “he is too hard on me” or “she is not treating me well” are easy to ignore, these could escalate to allegations of harassment or discrimination on the basis of a protected category, and thus, become the basis for a cause of action against the employer.

3.  Make Employees Feel Welcome
It is important not only to take these complaints seriously but also to create an environment where employees feel comfortable speaking up when not being treated fairly. As an employer, the more information your employees give you, the quicker you can prevent a bigger problem down the road.

Beginning to think about anti-bullying policy and enforcing such a policy will prepare employers for the current trend of anti-bullying legislation. Employers with questions or concerns about any of these issues or topics are encouraged to reach out to the authors, your Seyfarth attorney, or any member of the Workplace Policies and Processes team.

Photo and article courtesy of Seyfarth Shaw LLP. Original article can be viewed at http://bit.ly/1QVyKzs