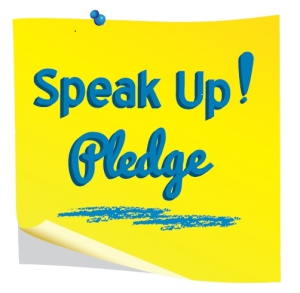 Once upon a time, I was an assistant to several in the film and television industry: producers, directors, actors, you name it.

And while there were a few perks, the jobs were and always would be around-the-clock stress-tests.

That’s when I discovered that I wasn’t willing to eat, breathe, smoke and die for it like my cohorts were.

I watched as the sleep deprivation and constant hustle changed my friends to the core, and their poor eating habits and addictions worsened over time.

I listened to a few get screamed at over the phone as they juggled multiple bags of groceries on the crowded sidewalks while running to the subway.

And while most of my employers were respectful and kind, after working for them — the very people I had wanted to become like — I realized, their lives weren’t what I wanted after all.

So I jumped the track.

It’s become a lot easier, now, to be supportive of my friends still within the industry.

I can say, “Quit working there; they’re never going to pay you fairly.”

Or, “I hope you gave your boss notice after she said that to you.”

And, “He needs to learn that he can’t treat you like that; did you file a complaint?”

So when I heard about Bonnie Low-Kramen’s social media initiative, I took it to heart.

Low-Kramen — a career coach for both executive and personal assistants — will kick off the Speak Up! Pledge on April 2 in celebration of Administrative Professionals Week.

As former executive assistant to Oscar-winner Olympia Dukakis for 25 years (a job she loved and was treated well at), co-founder and former president of New York Celebrity Assistants, and author of “Be the Ultimate Assistant,” Low-Kramen is on a mission to forge more positive and productive communication between assistants and managers.

“From salary negotiation, a well-deserved day-off or a promotion, to being bullied or being sexually harassed, there is no shortage of difficult issues at work,” Low-Kramen said in a release. “Bullying, for example, is a silent epidemic that affects over 65 percent of assistants at least once in their careers. Not dealing appropriately with these issues is self-sabotage.”

Even as a tall woman, Rutgers University graduate Low-Kramen said she lacked confidence as a 20-something working for Dukakis.

“When is the tall one going to talk?” Dukakis would ask her.

But like many women, Low-Kramen said she dealt with difficult situations by staying quiet until Dukakis helped her learn how to engage in direct and honest communication.

Now, Low-Kramen is paying it forward by encouraging others to do the same.

So whether you’re an assistant or a manager, go online to SpeakUpPledge.com to sign the digital pledge and frame the certificate.

“Improvement and a better, more productive work environment can only happen when we start the conversation—when we break the silence,” Low-Kramen said.

Original article as seen on NJBiz.com