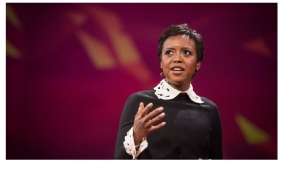 There are so many TED talks that have the power to illuminate and inspire. The TED series turned 30 in 2014, and the list of talks by inspiring women leaders keeps growing and growing.

Here Fortune.com culls it down to 5 great TED talks by women in 2014. This is, by no means, a comprehensive list. But we do hope some of these will spark some innovative ideas for 2015.

Ariel Investments president Mellody Hobson was candid about race and gender when she spoke at Fortune’s Next Gen conference in early December. In her TED talk,Hobson is equally direct and uplifting, emphasizing the importance of workplace diversity and encouraging people to start getting comfortable with the uncomfortable topic of race. “I’m asking you to show courage,” she says. “I’m asking you to be bold. As business leaders, I’m asking you not to leave anything on the table.”

Roselinde Torres: What it takes to be a great leader”

Roselinde Torres, a senior partner and managing director at BCG, has spent 25 years observing what makes effective leaders. In this TED Talk, Torres offers razor-sharp insights into the characteristics of “thriving” leaders in the 21st century. “They are women and men who are preparing themselves not for the comfortable predictability of yesterday but also for the realities of today and all of those unknown possibilities of tomorrow,” she says.

Susan Colantuono: “The career advice you probably didn’t get”

Susan Colantuono, CEO and founder of Leading Women, a consulting firm, raises the question plaguing corporate America: “Why are so many women mired in the middle….and what must be done to take them to the top?” In her TED talk, Colantuono outlines what she calls the “missing 33%” of the career success equation for women and how women can fill it to advance to the top.

Kare Anderson:” Be an opportunity maker”

Growing up, Kare Anderson was diagnosed as “phobically shy.” As a result, the Forbes columnist spent a lot of time observing people, and she noticed there were some who focused on the greater good, creating opportunities for others. “Unlike an increasing number of Americans who are working and living and playing with people who think exactly like them, opportunity-makers are actively seeking situations with people unlike them,” she says.

Carol Dweck: “The power of believing you can improve”

What do you do when confronted with a challenging problem at work that’s difficult to solve? Turns out we’re not too different from 10-year-olds. Psychologist and Stanford professor Carol Dweck explores the brain differences of people who have a “growth mindset” and those who don’t. “Just the words ‘yet’ or ‘not yet,’ we’re finding, give kids greater confidence, give them a path into the future that creates greater persistence,” she says.

Link to original article at: http://for.tn/1KMiyO2