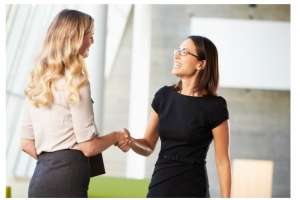 The fix? Speaking Up. Silence is the enemy.

In my work as a trainer all over the world, I see that the number one challenge staff face is to find their voices to speak up to their managers and colleagues. A close second (in challenges, that is) is that too many undervalue their worth. They say, “I can’t speak up. I’m afraid of losing my job.” I say, “If you keep staying silent, I’m afraid you are going to lose you.”

Here’s the thing. If you speak your mind respectfully, directly, and with specific details, you not only will not lose your job, you will most likely be setting the stage for a promotion, not to mention improved self-confidence, self-esteem, self-respect and the respect of others.

What are we staying quiet about? Lots of things…

True Story
“I’m so sorry. I had no idea.” Angela’s executive of three years was moody and often abusive. He yelled, used profanity, and publicly humiliated Angela and other staff. He ruled with fear and intimation and most everyone was frightened to say a word. The stress level was off the charts because it was getting worse.

One day the executive pushed Angela too far and she snapped. She followed him into his office and closed the door. She told him that he was chasing good people away in droves and that the disrespect was intolerable. She told him specifically what he said and did that was offensive and that it needed to stop “right now.” Angela turned around, left the room, and went back to her desk. She was shaking but had zero regrets.

In a few minutes her boss came out of his office with tears in his eyes and said, “I am so sorry. You are absolutely right. I had no idea my behavior was so bad. It won’t happen again.” It didn’t. The executive apologized to the rest of the team. The kicker? Angela has now been with her executive for 26 years.

We have heard stories similar to Angela’s many times. Some assistants find it difficult to believe that a bully can be unaware but it is true. Standing up and speaking out directly and in detail is a strategy that is effective and reduces tremendous angst in the office.

How Do You Speak Up? Here’s the 6-Step Plan.

Awesome things happen when you find your voice to speak up about the things that matter. Most of all, you matter. I am rooting you on.

Take Guilt-Free Days Off with This 3-Step Plan