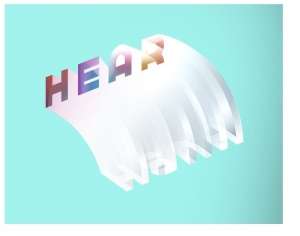 Years ago, while producing the hit TV series “The Shield,” Glen Mazzara noticed that two young female writers were quiet during story meetings. He pulled them aside and encouraged them to speak up more.

“Watch what happens when we do, they replied.

Almost every time they started to speak, they were interrupted or shot down before finishing their pitch. When one had a good idea, a male writer would jump in and run with it before she could complete her thought.

Sadly, their experience is not unusual.

We’ve both seen it happen again and again. When a woman speaks in a professional setting, she walks a tightrope. Either she’s barely heard or she’s judged as too aggressive. When a man says virtually the same thing, heads nod in appreciation for his fine idea. As a result, women often decide that saying less is more.

Some new studies support our observations. A study by a Yale psychologist, Victoria L. Brescoll, found that male senators with more power (as measured by tenure, leadership positions and track record of legislation passed) spoke more on the Senate floor than their junior colleagues. But for female senators, power was not linked to significantly more speaking time.

Suspecting that powerful women stayed quiet because they feared a backlash, Professor Brescoll looked deeper. She asked professional men and women to evaluate the competence of chief executives who voiced their opinions more or less frequently. Male executives who spoke more often than their peers were rewarded with 10 percent higher ratings of competence. When female executives spoke more than their peers, both men and women punished them with 14 percent lower ratings. As this and other research shows, women who worry that talking “too much” will cause them to be disliked are not paranoid; they are often right.

One of us, Adam, was dismayed to find similar patterns when studying a health care company and advising an international bank. When male employees contributed ideas that brought in new revenue, they got significantly higher performance evaluations. But female employees who spoke up with equally valuable ideas did not improve their managers’ perception of their performance. Also, the more the men spoke up, the more helpful their managers believed them to be. But when women spoke up more, there was no increase in their perceived helpfulness.

This speaking-up double bind harms organizations by depriving them of valuable ideas. A University of Texas researcher, Ethan Burris, conducted an experiment in which he asked teams to make strategic decisions for a bookstore. He randomly informed one member that the bookstore’s inventory system was flawed and gave that person data about a better approach. In subsequent analyses, he found that when women challenged the old system and suggested a new one, team leaders viewed them as less loyal and were less likely to act on their suggestions. Even when all team members were informed that one member possessed unique information that would benefit the group, suggestions from women with inside knowledge were discounted.

Obviously, businesses need to find ways to interrupt this gender bias. Just as orchestras that use blind auditions increase the number of women who are selected, organizations can increase women’s contributions by adopting practices that focus less on the speaker and more on the idea. For example, in innovation tournaments, employees submit suggestions and solutions to problems anonymously. Experts evaluate the proposals, give feedback to all participants and then implement the best plans.

Since most work cannot be done anonymously, leaders must also take steps to encourage women to speak and be heard. At “The Shield,” Mr. Mazzara, the show runner, found a clever way to change the dynamics that were holding those two female employees back. He announced to the writers that he was instituting a no-interruption rule while anyone — male or female — was pitching. It worked, and he later observed that it made the entire team more effective.

The long-term solution to the double bind of speaking while female is to increase the number of women in leadership roles. (As we noted in our previous article, research shows that when it comes to leadership skills, although men are more confident, women are more competent.) As more women enter the upper echelons of organizations, people become more accustomed to women’s contributing and leading. Professor Burris and his colleagues studied a credit union where women made up 74 percent of supervisors and 84 percent of front-line employees. Sure enough, when women spoke up there, they were more likely to be heard than men. When President Obama held his last news conference of 2014, he called on eight reporters — all women. It made headlines worldwide. Had a politician given only men a chance to ask questions, it would not have been news; it would have been a regular day.

We wonder what would happen if we all held Obama-style meetings, offering women the floor whenever possible. Doing this for even a day or two might be a powerful bias interrupter, demonstrating to our teams and colleagues that speaking while female is still quite difficult. We’re going to try it to see what we learn. We hope you will, too — and then share your experiences with us all on Facebook or in the comments section.