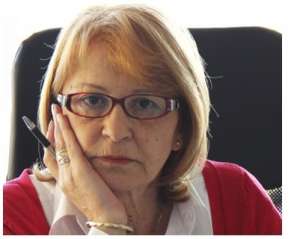 Karma won’t fix the problem. Heres’ what could

I was glad to see the outrage online yesterday when Microsoft CEO Satya Nadella suggested that women in tech can build “good karma” by having faith in the system instead of asking for a raise. (I believe in career karma, but I also know that getting your fair share of opportunities and rewards often means speaking up and taking risks.)

And lately, I keep finding myself in conversations about how a surprising number of high achieving women aren’t moving confidently into leadership within their careers. I’ve heard some worries from my executive coaching clients, but often the topic has come up at social or business events.

Just last week, The New Yorker’s John Cassidy wrote a piece on this, “The Hole In the Glass Ceiling Is Getting Bigger” where he said: “Despite the progress that has been made in promoting gender equality in the workplace, it sometimes seems like only superwomen break through the glass ceiling.”

Why Are We Still Confronting This?

For me, it’s a puzzle: Why are so many terrific professional women still struggling with issues we thought we’d be able to put to rest back in the ‘80s and ‘90s?

This doesn’t seem to be just an us-against-them, women-versus-men thing. I’ve heard insightful men express concern that too few women are reaching their full professional potential. For example, two male professors recently asked me: Why do our star female students seem to have lower job aspirations than their less qualified male classmates?

Disturbingly, young women in several career discussions this spring told me they feel more threatened than supported by women who are senior to them in their organizational hierarchies. When they want mentoring, they said, they look to men and to their generational peers.

Part of the problem may relate back to those of us who were among the early women to enter many professions. I was the first woman in Ohio University’s MBA program in the 1970s. And later I joined the first big wave of women who went to Georgetown Law School and then onto Washington law firms. It was wonderful and exciting, but sometimes it was frightening as well. And the experience left scars.

Even where there was no hazing or an explicit double standard, it could be exhausting and bewildering to join male teams where women weren’t really wanted.

How Older Women Sabotage Themselves

As a result, despite years of achievement, some “old girls” still experience surprising lapses in confidence. It can show up in little ways, such as:

• Self-deprecating speech. We may undercut our commanding presence by repeatedly using phrases like “I think,” when a simple statement or request would be stronger.

• Risk aversion. When law, engineering and finance programs were first opened to women, female students might hear: “It’s important that you get all A’s so the faculty will let in more women next year.” Speeches like this could translate into an unrealistic sense of responsibility, which was particularly painful if we felt like we were just hanging on. This might be one reason some women became slow to take breakout career risks.

• Apologizing. When we felt unwelcome in the first place, perhaps we started saying “sorry,” even when we weren’t at fault. It was tempting to waste time and energy blaming ourselves when things weren’t going well. For some women, it is still a challenge to face problems quickly and move onto solutions.

• Bad hair days. Appearance often seems to matter more for women than for men. So we sometimes overreact if we don’t feel at our best. It was like that when we were young, and today our appearance may feel overly important because women who don’t seem put together could be dismissed as too old.

Many women who fought for professional acceptance decades ago and went on to success after success, say they still experience surprising flashes of uncertainty.

We wanted to push the doors wide open for the future generations of female careerists. But is it possible that we also have burdened them with some of our lingering insecurities? Might our discomfort, rooted in the past, continue to influence the wider culture of women at work?

My 4 Glass-Ceiling Tips for Women

Yes, we have come a long way. But there’s still work to be done before we can count on an American workplace where gender seldom limits opportunities for growth. Here are four things we can do:

1. Keep talking about the problem. There’s an absence of good research and nobody truly understands the factors that add up to the lingering glass ceiling in so many sectors. Let’s acknowledge the problem and keep up the dialogue, as we try to better understand it. This might mean new kinds of groups or workshops or simply raising the discussion wherever we happen to be.

2. Create new forms of mentoring. Since the 70s, feminist activists have looked to mentoring programs as a way to move women smoothly up career ladders. Some programs have worked well, but others have floundered — on occasion, burdened with overblown expectations.

Let’s invent new ways of engaging, including reciprocal mentoring programs, where women of all ages can teach each other across generations and skillsets about everything from communicating with colleagues to managing social media. (For more ideas of women supporting women, read my post about “Stilletto Networks.”)

3. Get over it. Our language patterns and the ways we hesitate have become bad habits. We can move beyond them. One method of changing long-held patterns, and modeling new ones, is to recruit friends to notice how we speak and carry ourselves.

With our permission, friendly coaches can remind us when it’s time to reword our statements or reshape our attitudes in more positive ways.

4. Just notice. Successful dieters know you don’t have to eat just because you’re hungry. When you feel a little pang of hunger, instead of reaching for the cookie jar, you can take a deep breath and just ignore that urge to munch. It can be the same when you have a sudden pang of inadequacy.

You don’t have to react because of a little momentary discomfort. Simply notice your feeling and it’ll probably pass. Or, try this: when you get that little zap of fear, visualize the woman who represents the part of you who is suffering. Send her some compassion and tell her that her feelings may be rooted in the past, and that if she looks at them carefully they may float away.

What Women Have Told Me

Recently I wrote an ezine, much like this post, in which I said: “I’d love to hear your thoughts on this one. If you think I’m overstating the problem, I’d be pleased to hear your observations. If you have suggestions for how more women might move forward, let me know and I’ll help spread the word.”

A few people cancelled their ezine subscription. (That always happens when I write about “women’s issues.”). But I also received a good bit of email, and the comments seemed to break down by age group.

A 30-ish woman I’ll call Mary said the glass ceiling problem exists, but that her generation was grappling with it. She is rereading Sheryl Sandberg’s, Lean In, and loves how the book addresses a problem that is “more about internal barriers than external ones.” Mary is considering a big opportunity and getting ready for a bout of “leaning in.” She said: “My hesitation and ambivalence feel like the core of what many women face, and what all men would jump at. Basically I expect to take my husband’s advice, which is to suck it up and get over it.”

The older women in my small sample, however, sounded more discouraged. Several said that “leaning in” can be terrible advice in the wrong circumstances and that too often, women who try it are slapped back or denied the benefit of their work.

One wrote that “if a woman is outside the information loop, and not regarded as a ‘member of the club,’ then she will labor in mid-to-lower levels, handling projects that are of no interest to, or route to, upper management … If by chance she uncovers, organizes and solves a project that develops potential interest in upper levels, it will be co-opted by a male colleague and added to his portfolio of accomplishments.”

Generally, I remain an optimist, and think that Mary has the right idea for the future. The next phase of progress will come as women learn to manage their own “hesitation and ambivalence,” and reach out to support each other as they find effective ways to “lean in.”

What do you think?

Forget the Free Lunch: Seek a Culture of Respect Instead