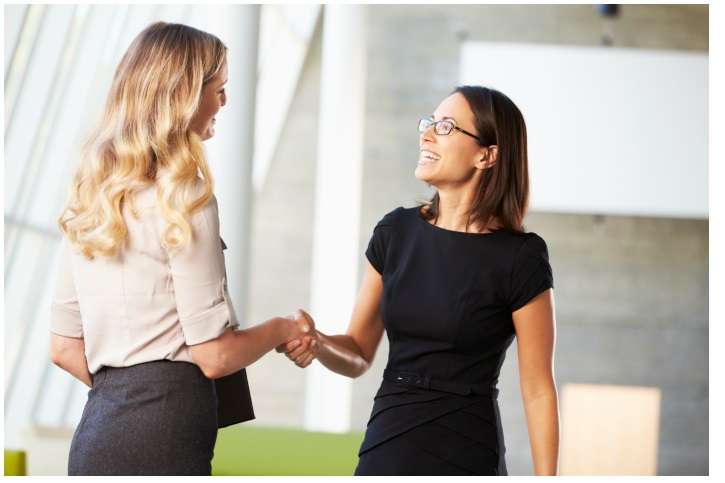 “There is a special place in hell for women who don’t help other women.” Madeleine Albright, former United States Ambassador to the United Nations

This famed 2006 quote from Madeleine Albright to the WNBA expresses what so many women feel and 8 years later it still hits a nerve.

Our modern workplace is complex and changing by the millisecond. Input comes from every direction – not only from our managers and co-workers but also virtual colleagues, friends, family, and the relentlessly proliferating social media platforms. Given this landscape, does anyone really have the surefire fool-proof road map to guaranteed success? I certainly don’t.

What I do see is that women now comprise more than 50% of the U.S. workforce and more women than men are earning college degrees. In addition, more women than ever before are joining the ranks of leadership in both companies, governments and now sports with Becky Hammon being named to be the first female Assistant Coach in the NBA. Another glass ceiling is broken. Congratulations, Becky! My sincere hope is that she gets the ongoing strong support and help along the way from men and especially other women.

Here are 10 reasons why it is a no-brainer for women to reject the old stereotypes and for women to help other women succeed at every level.

1. Today’s co-workers could be tomorrow’s managers. More and more women are being promoted into executive roles so do not underestimate any colleague’s ability to rise through the ranks. Build respectful, strong and authentic relationships with everyone – women and men. These relationships are like money in the bank that builds interest over time.

2. You’ll make more money. Enlist the support of female mentors who understand the ways to negotiate salary packages and have them help craft your own strategy. According to the Wharton School of Business, only 5% of women will negotiate a salary once it is offered. Why? One of the main reasons is that women fear not being liked if they negotiate. Let’s eliminate the fear and choose to like them, support them and admire them for pursuing the compensation they deserve.

3. Your powerful network will grow upward, laterally and exponentially. Men have been doing this on the golf course and at cigar bars for a long time. People do things for people, not companies. Need a new job? You will have plenty of women to call. Your son or daughter needs a job? Ditto! Need a resource fast? Shoot out a LinkedIn, Facebook or Twitter message and watch how fast the answer comes back. Your network is where the real power lies.

4. Giving kudos privately and publicly is smart to do. Raising other women up and calling out their achievements elevates you too. In fact, it makes you look great, in part because it is done so seldom. Recognize the accomplishments of women in authentic ways and they will never forget it and others will notice too. Isn’t it nice to know that someone is noticing your hard work? Send a group email, a handwritten note, make an announcement at the staff meeting, but do something.

5. Women will like you. Be the woman who runs towards a problem, not away from it. Be the one who can be relied upon to stay late to hit a deadline and to do it with a smile and a positive attitude. Be a mentor. Speak truth to power. You are respectful, professional, discrete, and do not gossip. Do these things and you will be the woman who is not only liked but sought out when promotions are in the wind.

6. Paying it forward feels great. Women are nurturers by nature and gain gratification from feeling useful and needed. Offering help and support to another woman is still a fairly new experience for many who had been socialized to think that the way to succeed was to put your head down, stay isolated, and rise to the top by back-door manipulation. Now that more women are in charge, they see through these behaviors in a heartbeat and are opting for inclusion rather than exclusion. Train other women to be calmly assertive and direct rather than passive/aggressive.

7. It’s fun. Going out to dinner, having a spa afternoon, or working out together at the gym is not only smart business but great for friendships, not to mention chicken soup for your heart and soul. Sharing life’s problems over a meal or a treadmill can be cathartic as we allow other women to shine a light on possible solutions. Throw out the scorecards.

8. Woman are great leaders. When the U.S. government almost shut down in October 2013, the crisis was averted by a group of Democratic women who pulled together with a group of Republican women to carve out a workable compromise. Learn from the best and then be a positive role model for others.

9. Women don’t forget – ever. Women will forgive but they will rarely forget. It’s in the hard wiring. Think about it. If you have ever been bullied or sexually harassed, you can most likely remember where you were, what you were wearing, and what was said – verbatim. Conversely, if a woman extends herself to another woman in a generous and selfless way, it will be remembered. The rewards come back in unexpected ways. You never know how these acts reverberate in the universe but bounce around they will.

10. Women helping other women is the right thing to do. While not the only factor, it is most definitely one of the major arteries on the road to success. After all, what are we all doing here if not to help one another? The old stereotypes about women are tired and frankly, boring. Life is hard. Work is hard. Let’s cut one another a break and give the overly competitive, passive/aggressive and martyr behaviors a permanent rest. It’s time.

Turn on the television news to see our world that is filled with strife and one tragic story after another. As Madeleine Albright said recently, “To put it mildly, the world is a mess.” As natural leaders, women are quite used to handling messes. Let us help one another to continue the work of Madeleine Albright and make her proud of us.

Link to original article by Bonnie Low-Kramen: https://www.glassdoor.com/blog/10-reasons-women-women-workplace/
Photo courtesy of article as posted on Glassdoordotcom

5 Ways Women Can Stick Together In the Workplace

Worried about employment after 50? How to stay relevant in your career
Join Bonnie's Community