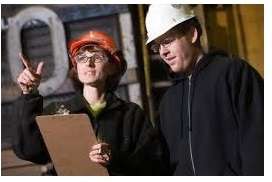 By Catherine Rampell for The New York Times, April 2, 2013

As I wrote in an article appearing this week in The New York Times Magazine, if you want women to be bigger participants in the labor force, some expansion of work-life accommodations (parental leave, flex work, telecommuting, etc.) is probably desirable, particularly relative to the barren landscape of work-life policies in the United States.

But without careful design, expanding work-life accommodations can unintentionally reinforce archaic gender roles and lower the glass ceiling, Temple of Doom style. That’s because women are much more likely to take advantage of these policies, and employers know it.

If you want to create policies that promote women’s labor-force participation without curbing their career achievements, you also have to address why family-friendly policies aren’t being used by men.

To a large extent, though, those nebulous things known as social norms are probably to blame for the trivial rates at which men take advantage of leave and flex-work policies. These norms are enforced both by workers and their employers, who might look askance at a father who wants to take time off for a birth or a ballet recital.

So, how do you change norms?

In a word (economists’ favorite word, to be precise): incentives! And it looks as if the most promising place to dangle those incentives is in paternity leave, as some other countries are discovering.

Sweden and Norway, for example, have recently set aside some weeks of paid parental leave that are available only to fathers. (Like most parental leaves, they are paid by social insurance rather than directly by the employer.) In Germany and Portugal, a mother gets bonus weeks of maternity leave if the child’s father takes a minimum amount of paternity leave.

The share of men who choose to go on leave has grown sharply in these countries.

Big whoop if men spend a few weeks with their newborn, right?

But it turns out these few weeks can change gender roles in households and workplaces for years. That’s according to a new study by Ankita Patnaik, a Cornell graduate student. It found that several years after the introduction of a paternity-leave quota in Quebec, fathers spent more time in child care and other domestic tasks, and mothers spent more time in paid work. (Other studies on use of or exposure to paternity leave in other countries have found similar results.)

Why might that be the case? The birth of a newborn is a crucial time for renegotiating a couple’s division of labor. Having men spend some time at home after the birth seems to alter (1) expectations and habits; (2) fathers’ comfort and skill level with taking care of a child (economists would say there’s a “fixed cost” to learning how to change diapers); and (3) potentially the bond between father and baby.

It’s worth noting, by the way, that men (with or without children) might have another reason to start requesting more flexible work schedules: their aging parents.

“Elder care is such a growing issue in terms of labor-force attachment,” said Heather Boushey, chief economist at the Center for American Progress (a liberal research organization) and a visiting fellow at the Institute for Public Policy Research in London.

As Nancy Folbre has written, women are more likely to be caregivers for elderly parents, but there are likely to be more men who will face this task, too.

“A lot of men no longer have a wife at home who can care for his parents,” Ms. Boushey said.

Lean In: Two Lessons Men Can Learn from Sheryl – Mainly, Lean Out