Executive-Assistant Jobs May Be Thankless, But They Also Offer Big Impact 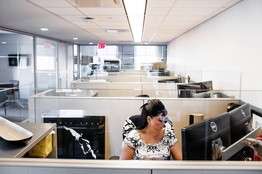 D’Andra Galarza, the executive assistant for a president at NBCUniversal, spends long hours at work but says ‘people know I know everything.’

If D’Andra Galarza were to come face to face with death, she knows whose life would flash before her eyes: the life of her boss, a president at NBCUniversal Inc.

After 10 years as Edward Swindler’s executive assistant, waking up at 4 a.m. to ensure he makes an early morning flight and keeping the office stocked with his favorite snacks—oyster crackers, peppermint Life Savers and Honey Nut Cheerios—Ms. Galarza says she’s under no illusions about whose needs come first.

“You work very, very hard…so that they can shine and they can do their best,” she says. “You’re kind of the stage mom.”

The schedulers, gatekeepers and caretakers of the corporate world are rarely seen, but they have a profound effect on the daily lives of the executives they serve. They do everything from booking business trips, ordering anniversary gifts and arranging pet care to attending high-level meetings and deciding who can and can’t meet with their boss. The work can be thankless and often comes at a cost to their own personal lives, but these workers wield subtle influence at a company’s highest levels–and no small amount of power.

The career path can be uncertain, however, and assistants’ fortunes often hinge on their boss’s trajectory. If the boss is fired, the assistant can end up in limbo or working for a less senior professional. Yet as automation claims many administrative jobs, the assistants are prized for their business savvy and treated as the boss’s not-quite-equal partner.

Now, a new networking group aims to emphasize the “executive” in executive assistant, pampering and pumping up these right-hand workers with nightclub parties, spa sessions and Behind Every Leader, a conference series that is coming next month to Newark, N.J. Among the scheduled sessions: “Yoga & Meditation for the Executive Assistant” and a boss’s recounting of how his EA saved the company after superstorm Sandy.

Victoria Rabin, the 28-year-old founder of the Executive Assistants Organization and a former assistant at a London hedge fund, says the job deserves some cachet because assisting is an “incredible career” that only a “certain breed” can do.

Founded in 2012, the San Francisco-based networking group has some 1,000 members, the majority of whom pay $500 to $1,500 a year in dues to gain access to events and online webinars, and, for the highest-paying, a personal mentor. 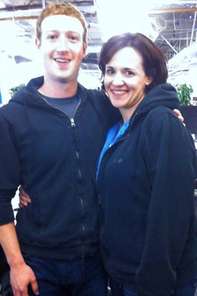 Assistants need to bond with one another, Ms. Rabin says, because few others can understand the demands of the job, from tracking down car services in a far-flung city to dealing with a boss’s infidelity. Groups such as the 71-year-old International Association of Administrative Professionals have long offered assistants educational and networking opportunities, but several executive assistants say the EAO, whose current members are all female, feels “sexier” and fresher.

Anikka Fragodt is considered a celebrity in the realm of executive assistants. Until last March, she was Mark Zuckerberg’s right-hand woman. For more than seven years, she planned everything from a toga party for 350 people with 48 hours’ notice to Mr. Zuckerberg’s secret wedding to Priscilla Chan in 2012. (Only four people knew about it in advance, she says, and the fourth was Ms. Chan’s assistant.)

Ms. Fragodt describes herself as Mr. Zuckerberg’s partner in business as well, helping him prepare for meetings and debriefing other staff members to ensure they understood his wishes. She also adopted her boss’s signature hooded sweatshirts and says she could anticipate his needs at a glance.

“It’s not like the old days of ‘Mad Men,’ where the secretary wears the cute skirt, makes the coffee and does what she’s supposed to do,” says Ms. Fragodt. “She goes to the meetings and represents the executive, and the partnership is stronger.”

Adds Mr. Zuckerberg in an email: “Anikka joined Facebook early on, when we had less than 100 employees, and were basically working out what kind of company we wanted to be. Anikka helped me become a better CEO.”

By her final year at Facebook, Ms. Fragodt, 44 years old, was being paid $135,000 plus a 30% bonus, as well as stock awards that left her “taken good care of.” She has spent the past few months volunteering, working part-time and thinking about her next career move.

Ms. Fragodt, who will speak at the Behind Every Leader conference in Newark, advises today’s executive assistants to be visible, no matter how strange it feels. 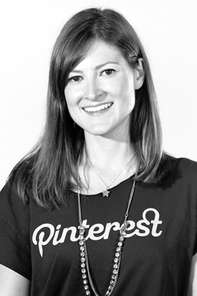 Melba Duncan, president of the Duncan Group, a search and training firm, recruits high-level executive assistants for salaries ranging from $75,000 to $175,000. Bosses want assistants who are knowledgeable about global affairs and economic trends and can help guide big decisions, she says. That means many candidates have graduate degrees, such as an M.B.A. or law degree.

The best executive assistants immerse themselves in the businesses they work for, adds Ms. Duncan, who worked as an executive assistant for Peter Peterson at Lehman Brothers for 10 years in the 1970s and 1980s. If Mr. Peterson arrived in the morning with a book, she would purchase a copy by that evening, she says. “Not that I would discuss it with him.”

Michelle DiGiacomo, an executive assistant at Pinterest, says she is often an ambassador for her bosses, co-founder and CEO Ben Silbermann and co-founder and head of design Evan Sharp. She spends most of her time interacting with executives, but “at the same time, I’m not on the leadership team,” she says. She knew about the company’s $3.8 billion valuation weeks before it became public though she couldn’t mention it—or much of the other confidential information that crosses her desk—to colleagues. Meanwhile, the executives who share everything from email accounts to bank-account data to home-security codes with their assistants say the partnership works best when there’s trust and constant communication.

Harry Kraemer, a former CEO of Baxter International Inc. and now a professor at Northwestern’s Kellogg School of Management, says his assistant of 12 years kept him informed about what was happening at the healthcare company and encouraged him to communicate more with employees, pushing him to write all-company emails, share stories about his personal life and dress up as Santa around the holidays. 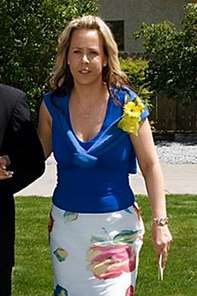 John Manuck, the chief executive of Techmer PM LLC, a manufacturing concern, says he leans on his assistant, Nicole Brannick, to tell him who he needs to speak with urgently and who can wait. Ms. Brannick is among the first to know when the company makes an acquisition, and she kept Mr. Manuck’s cats company when he had to travel for work.

Assistants gain status from their boss’s high profile. NBC’s Ms. Galarza says another executive once tried to wheedle information from her about a private meeting her boss was attending. “People know I know everything,” she says.

“It’s sort of like EA code,” she adds. “Everybody treats me with kid gloves. If I was working for a VP, it would not be that way.”

In Their Own Words

CURRENTLY: Works part time as assistant to a family, after more than seven years as Facebook CEO Mark Zuckerberg’s assistant

ON-THE-JOB FEAT: Once threw a toga party for 350 people with 48 hours notice

ON HER FAMOUS BOSS: “I knew Mark before he became famous. He’s still Mark.”

ASPIRATIONS: Thinking about going back to school for psychology

ON-THE-JOB FEAT: At a previous job, she had to tell her boss that his driver had crashed his Rolls Royce.

ON WORKING FOR A HOT COMPANY: “The same way I’ve approached the day at every other job. You just get up and do your best.”

CURRENTLY: Works for several executives, including the CEO, at Nlyte Software Ltd.

ASPIRATIONS: Recently took on human resources responsibilities at her company. “I think our job is what we make it.”

10 Things Assistants Do Better Than Anyone