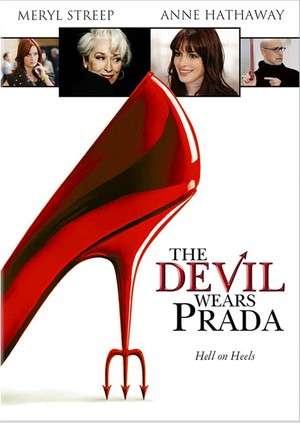 The country was stunned on October 30th, 2007 by the murder of celebrity realtor/ex-rock band promoter Linda Stein allegedly by her personal assistant in New York City. Ms. Stein was beaten to death. The media reports that the assistant was provoked by having marijuana smoke blown in her face repeatedly, being “yelled at all the time,” and was hit with a piece of yoga equipment. How could this have happened? And more importantly, how could it have been avoided?

This murder is indicative of a much bigger workplace issue in America. It is about abusive behavior, usually verbal and emotional abuse and sometimes physical abuse, between employers and support staff. While most employer/assistant relationships don’t end in murder, the 4.1 million U.S. administrative professionals understand and relate to the feelings of resentment, humiliation, and being disrespected which motivated this tragic event.

So what is the problem? Certainly part of it is that figuring out this very close relationship between managers and assistants happens as OJT – on the job training. Business schools need to teach future business owners and employers how to be effective managers of support staff but this is clearly a deficit still to be solved in the workplace of 2008.

In addition, pressures abound in the workplace and supervisors experience stress over workload and deadlines which often gets passed to the nearest target, the assistants. Sometimes managers act out this stress in the form of abuse which should not be acceptable by anyone’s standards. All staff needs training in stress management.

It seems simple enough — on the surface. If employers treat staff well, they will receive excellent work. Conversely, if employers exhibit varying degrees of abusive behavior, the result will be a revolving door of staff requiring “combat pay” for candidates to even accept the job.

What is the solution? Administrative professionals all over the world have reported what they want most in order to achieve job satisfaction – Respect, Appreciation, Fair Compensation, and Flexibility. In that order.

Aretha Franklin was right. RESPECT is at the heart of the matter and the future of the workplace will depend on it.

When an administrative professional is subjected to continual disrespect, she won’t commit murder, but it will be impossible to do excellent work and not be distracted by resentment and silent rage. These are not ideal conditions by any stretch. The irony is that the assistants are often the ones who have their fingers truly on the pulse of a company. They are the eyes and ears of their managers and are capable of making a significant contribution given the opportunity. If assistants are supported to feel a part of the team and to participate in decision-making, this is a model formula for not only a happier employee but a more effective workplace.

Former Kodak Chairman and CEO Dan Carp spoke at a company awards ceremony and linked the importance of respect to business success, “George Eastman planted the seeds for the value of respect for the dignity of the individual employee.”

In “The Power of Nice, How to Conquer the Business World with Kindness,” authors Lisa Kaplan Thaler and Robin Koval write, “A small misdemeanor can be flashed around the world, and no amount of advertising can help a company un-Google itself from bad behavior.”

In an unrelated but relevant story, Broadway stagehands just went back to work after having been on strike for 19 days. At one point, negotiations between the union and the producers stopped cold. Silence, no talking. Why? Union president James Claffey Jr. comment during this time, “We want respect at the table. The lack of respect is something we are not going to deal with.” Millions of dollars per day were being lost and it is respect that was being demanded.

Respect does not cost anything in dollars. What then, does showing respect cost? Demonstrating respect is an emotional, attitudinal mindset. It is about deciding the “value” and “worth” of people and how those people are shown their value. Some people are rewarded with an end of the year cash bonus. It can be argued that this act might be respectful but it is not the same as being shown respect.

If it is true that respect is the number one most important workplace value, and that the lack of it is the number one reason why people resign from their jobs, then what is to be done? Inter-personal education and communication training is needed. The dollars that it will cost to train business owners, executives and managers will be far outweighed by the profits to the bottom line generated by an effective and optimally performing administrative staff.

The problem is complex and a one size solution absolutely does not fit all. The bottom line is that the benefits of working on the issue of respect in the workplace will result in greater profits and improved employee morale. The goal is to create a positive environment where respect is expected and supported by everyone on staff. Education is key. Doing nothing is not an option.

Being an Assistant Can Be Murder
Join Bonnie's Community